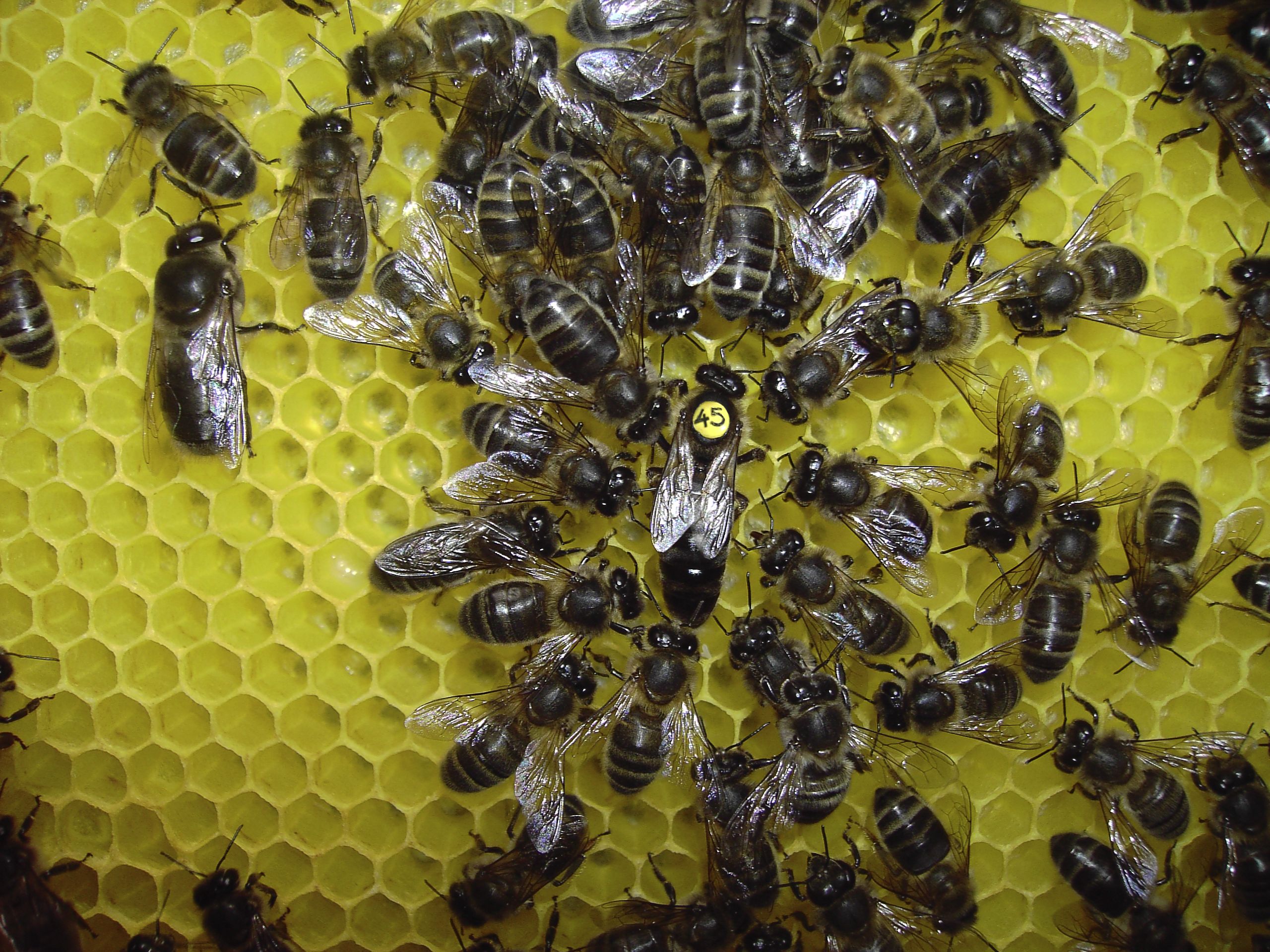 Decline of the black bee

The higher honey production of other subspecies made beekeepers experiment with us here. For example, Northern European beekeepers came up with the idea of ​​importing selected ligustica and carnic bees to cross them with their native black bees so that their new bees would inherit the best qualities from both parents. This import started in the second half of the 19th century, grew strongly in the interbellum period and reached its peak after WWII.

The ligustica (a subspecies from group C) had the name of much honey to collect and was therefore imported from Italy at the end of the 19th century. Initially by the French, but slowly this also advanced to Belgium and the Netherlands. Crossing the ligustica with the native mellifera, however, resulted in a stab and swarmful hybrid.

At the same time, a different story unfolded to the east of us. In our regions, the multiplication and selection of bee colonies was left to nature in the sense swarming, and after swarming they were put back on a beehive. In Germany and Austria, among others, people worked in a more structured way. The Austrian Hans Peschetz selected the tribe K - Peschetz 332 starting from a swarm caught in Upper Carinthia (carnica [also a subspecies from group C]) in 1926. In the 1930s Nazism won the political struggle in Germany headed by a well-known Austrian who was very fond of purity. This man proclaimed the carnica, coming from (the south of) his native country and now strongly selected, to "die Reichsbiene". Tribe 332 became described, recognized and appointed by Reichskörmeister dr. Goetze . Beekeepers and especially breeding and research stations in Nazi Germany were "motivated" to trade in the black bee for carnica.

Those who chose to continue to beekeeping with their own native black bee were the pinch: their queens were more and more fertilized year after year by ligustica and / or carnicadars, which, like the earlier hybrids, yielded very unpleasant honey bees. The black bee thus received the label of "aggressive and swarmful", of course wrongly there because those characteristics dealt with the hybrids. These beekeepers eventually gave up their (hybridized) black bee and switched to the easiest solution to the problem: like the rest, they started importing soil-foreign propagating material, this import increased exponentially during the interbellum period and reached its end point after the Second World War. Carnica in particular was imported after 1945, since it was already strongly selected on the one hand and available everywhere in Germany, on the other hand, it had meanwhile become apparent that the ligustica often had problems with wintering in our northern climate. These mass imports made the remaining black bee populations disappear one by one.

The black bee in the Netherlands in 2015

Today, one population of black bees is known in the Netherlands on Texel, which is kept free of influences from other bee breeds through an official regulation. It is not allowed to bring bees from the mainland to Texel. Based on morphological characteristics and DNA research, it has been established that the native bee population on Texel is relatively pure Apis mellifera mellifera and has hardly been crossed in with ligustica or carnica. Partly due to the efforts of the Twentsche Beekeepers 't Landras, the black bee has been preserved for the Netherlands.

Research has shown that the bee colonies on Texel, without intensively combating the varroa mite, show strikingly little winter mortality. This has aroused the interest of the 'Duurzame Bij' Foundation where honey bees have been selected for varroa-tolerant properties for a number of years.